I did a poll on Twitter asking if I should start doing true crime posts on my blog – and 90% of you said yes, so here is my first one!

I’ve been nagging at Eleanor Neale to cover this case (true crime YouTuber) for a while now, and will probably to continue to do so as I would love for her to cover it.

This case is one that is VERY close to home for me, in fact one of the murders happened within one kilometre of the home I grew up in. At the time of the murders my Mum was pregnant with me, and the murderer was targeting women within the Frankston area. It was a very scary time to be around the area when this was going on.

Frankston is an outer-suburb of Melbourne in Victoria, Australia. It is located 55 kilometres south-eat of the Melbourne City centre.

About the Killer
Paul Denyer was born on the 14th April 1972 in Campbelltown, New South Wales, Australia.

It was said that Denyer had difficulty fitting in amongst the other children at school, which led to problems with her weight and self-confidence. I say ‘her’ as Denyer now identifies herself as a woman. Denyer had started showing signs of violence at age 11, when she slashed the throat of his sisters teddy bear, and cut the throat of the family cat before hanging it in a tree. She was arrested at age 13 for stealing a car, and at age 15 she assaulted a fellow student. Throughout her teens years, she had problems holding down jobs, was fired many times and was rejected when trying to enter the police force.

Elizabeth Stevens
The first shocking murder took place on the 11th June 1993, of the 18 year old Elizabeth Stevens. The suburb of Frankston were completely rattled by this. Elizabeth had come to Melbourne from Tasmania to study at Frankston TAFE (school). She departed the bus at the bus stop on the main road near Lloyd Park Reserve (sports club with ovals, tennis courts, netball/basketball courts) which has quite a bit of bush land around, and started her walk home.

She was living with her Aunty and Uncle who lived near here at the time. She was due home at 8pm and never arrived. The next morning a man found a partially concealed body in Lloyd Park Reserve. She had been strangled, stabbed, her throat had been slashed and a criss-cross pattern had been carved into her chest. The body was Elizabeth’s.

Deborah Fream
A month later, 22 year old Deborah Fream who lived near Kananook Station, Seaford (right next to Frankston), was abducted in her car in the early evening. She had left her 12 day old son at home with a friend while she went out to buy some milk. She hadn’t arrived home after an hour, she was then reported missing. The friend and her boyfriend drove around the area and checked out the local hospital for her whereabouts. On the afternoon of the 12th July, a farmer found Deborah’s partially covered body in Carrum Downs. Just like the previous murder, she had been strangled, slashed, and had her throat cut.

She never arrived home from school and was reported missing at 8pm, and soon after the police found her body. She had been dragged from the path through a large hole in a wire fence into adjacent scrub. She had been killed in a similar matter to the others, though during the attack it looked like she had put up a huge fight.

During this time, Denyer also abducted a female, Rosza Toth, who managed to escape. He also broke into a home, vandalised it, killed a cat and also prank called the residents.

Denyer was charged with three murder counts and one abduction. She had no emotion whatsoever during the trial. She was seen by a psychologist and was diagnosed with sadistic personality disorder. In December of 1994, Denyer was sentenced to a non-parole period of 30 years in jail.

Denyer had an urge to kill from a young age and had a hatred for women. Though I never understood why she wanted to become a women, if she hated them so much? It is said that feeling of gender dysphoria is what lead her to seek revenge again women.

She started identifying as a women officially in 2003 while in prison, and began wearing women’s clothing and cosmetics. She has not officially changed her name, but now goes by the name ‘Paula’. 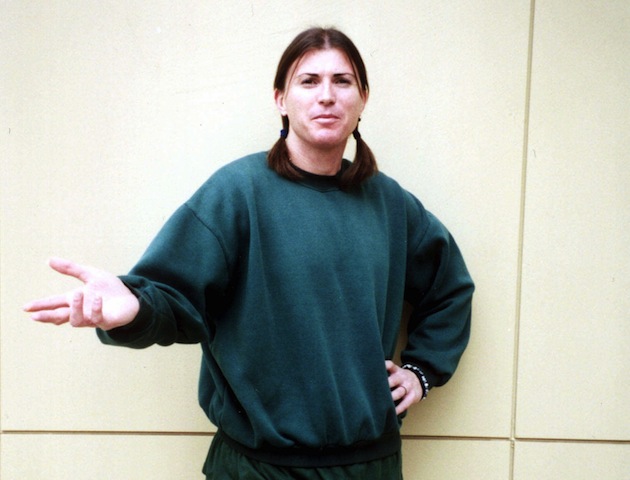 Her parole period ends in 2023 which is really terrifying, but I don’t believe she will be getting out (I hope).

You can read more about this case here if you would like to read more into the details.

I hope you enjoyed this post, it was a scary time in our area.

just before getting married 😘💍
*TW: Suicide*
Happy Easter everyone! 🐣- love, Kora 🐾💕 Anyone have any good plans? ☺️
Happy Saturday 😌 Finally starting a new read! 📚
According to our celebrant, we had the best first kiss as Husband & Wife she has ever seen 😆💋❤️
3-day weekend woohoo 🥳 Here is my new read! My last one took ages to get through as I’ve had vertigo 😫
Advertisements
Loading Comments...
Comment
×
<span>%d</span> bloggers like this: