Hi everyone, and welcome to another book related post. I’ve read quite a few books now, so I thought it would be good to do a post on some of the best ones I’ve read so far! There will definitely be other parts to this one! Enjoy. 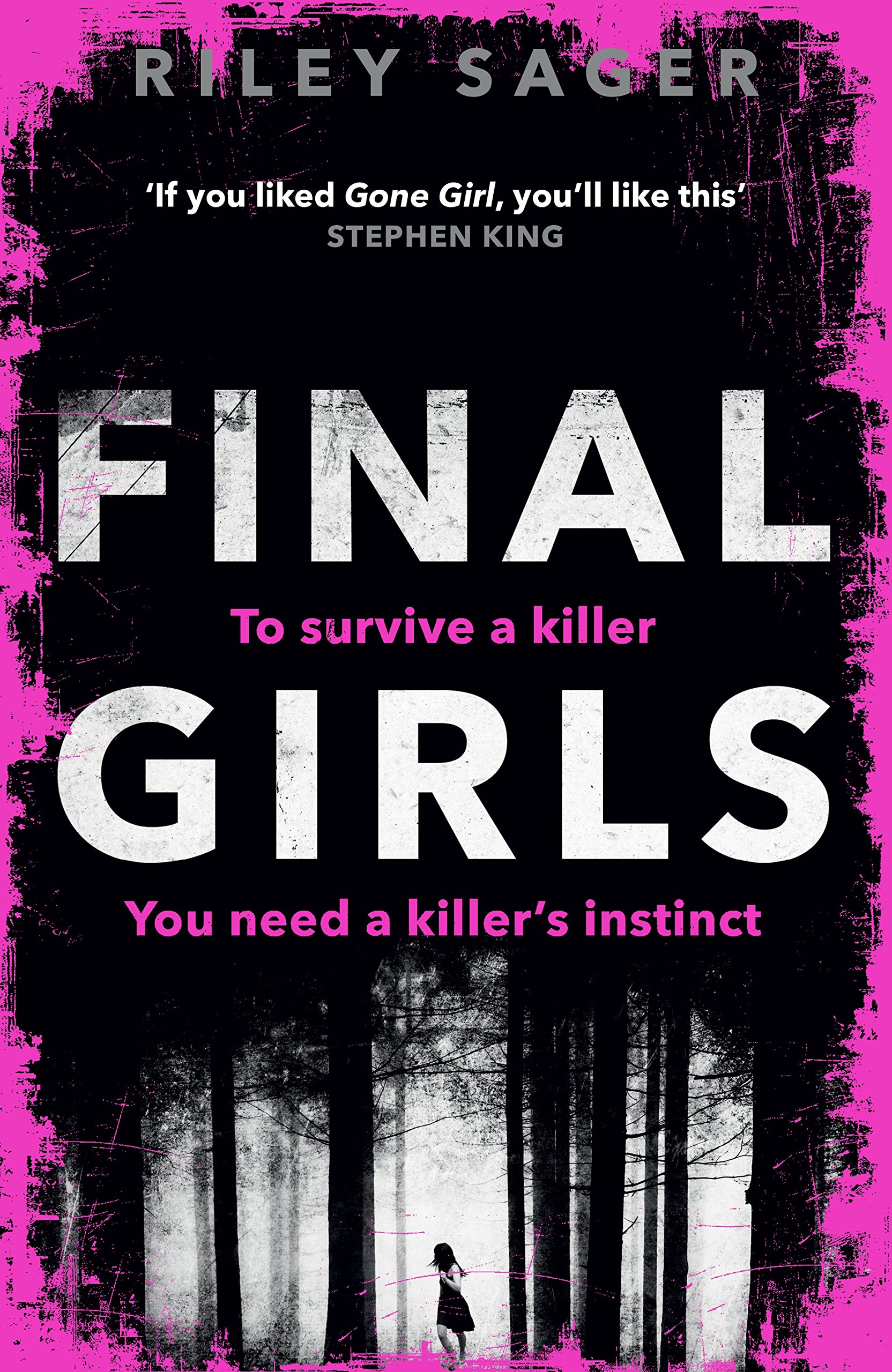 “Ten years ago, college student Quincy Carpenter went on vacation with five friends and came back alone, the only survivor of a horror movie-scale massacre. In an instant, she became a member of a club no one wants to belong to – a group of similar survivors known in the press as the Final Girls. Lisa, who lost nine sorority sisters to a college dropout’s knife; Sam, who went up against the Sack Man during her shift at the Nightlight Inn and now Quincy who ran bleeding through the woods to escape Pine Cottage and the man she refers to only as ‘Him’. The three girls are all attempting to put their nightmares behind them, and, with that, one another. Despite the media’s attempts, they never meet.

Now, Quincy is doing well – maybe even great, thanks to her Xanax prescription. She has a caring almost-fiance, Jeff; a popular baking blog; a beautiful apartment; and a therapeutic presence in Coop, the police officer who saved her life all those years ago. Her memory won’t even allow her to recall the events of that night; the past is in the past.

That is, until Lisa, the first Final Girl, is found dead in her bathtub, wrists slit, and Sam, the second, appears on Quincy’s doorstep. Blowing through Quincy’s life like a whirlwind, Sam seems intent on making Quincy relive the past, with increasingly dire consequences, all of which make Quincy question why Sam is really seeking her out. And when new details about Lisa’s death come to light, Quincy’s life becomes a race against time as she tries to unravel Sam’s truths from her lies, evade the police and hungry reporters, and, most crucially, remember what really happened at Pine Cottage, before what was started ten years ago is finished.”

The Dark Lake by Sarah Bailey
My Rating – really good 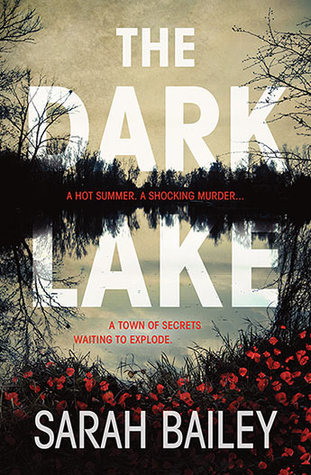 “The lead homicide investigator in a rural town, Detective Sergeant Gemma Woodstock is deeply unnerved when a highschool classmate is found strangled, her body floating in a lake. And not just any classmate, but Rosalind Ryan, whose beauty and inscrutability exerted a magnetic pull on Smithson High School, first during Rosalind’s student years and then again when she returned to teach drama.

As much as Rosalind’s life was a mystery to Gemma when they were students together, her death presents even more of a puzzle. What made Rosalind quit her teaching job in Sydney and return to her hometown? Why did she live in a small, run-down apartment when her father was one of the towns richest men? And despite her many admirers, did anyone in the town truly know her?

Rosalind’s enigmas frustrate and obsess Gemma, who has her own dangerous secrets – an affair with her colleague and past tragedies that may not stay in the past.”

Viv’s mum was a punk rock Riot Girl in the ’90s, so now Viv takes a page from her mothers past and creates a feminist zine that she distributes anonymously to her classmates. She’s just blowing off steam, but other girls respond. Pretty soon Viv is forging friendships with other young women across the divides of cliques and popularity rankings, and she realises that was she has started is nothing short of a girl revolution.”

How to Be Happy by Eva Woods
My Rating – really good 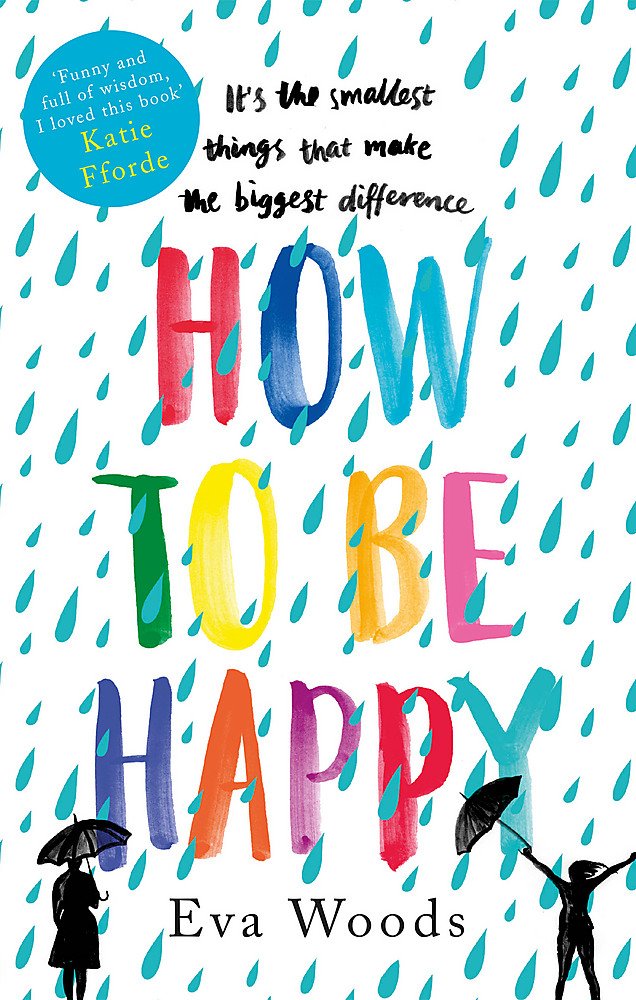 “Annie has been sad for so long that she’s forgotten how to be any other way. Until she meets Polly.

Polly is everything that Annie is not. She’s colourful, joyful, happy. Because if recent events have taught Polly anything, it’s that your time is too short to waste a single day.

Polly has one hundred days to help Annie find happiness. Annie’s convinced it’s impossible, but so is saying no to Polly. And on an unforgettable journey, Annie begins to realise that maybe, just maybe, there’s still colour to be found in the world.

But then it becomes clear that Polly’s about to need her new friend more than ever… and Annie will have to decide once and for all whether letting others in is a risk worth taking.” 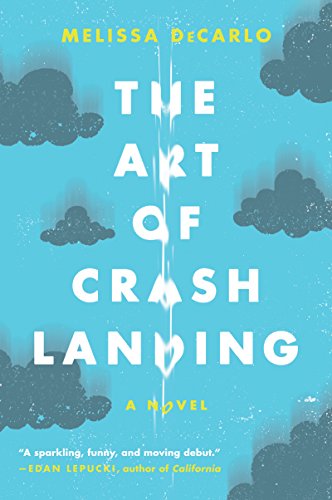 “From a bright new talent comes this debut novel about a young woman who travels for the first time to her mother’s hometown, and gets sucked into the mystery that changed her family forever.

Mattie Wallace has really screwed up this time. Broke and knocked up, she’s got all her worldly possessions crammed into six giant trash bags, and nowhere to go. Try as she might, Mattie can no longer deny that she really is turning into her mother, a broken alcoholic who never met a bad choice she didn’t make.

When Mattie gets the news of a possible inheritance left by a grandmother she’s never met, she jumps at this one last chance to turn things around. Leaving the Florida Panhandle, she drives eight hundred miles to her mother’s birthplace – the tiny town of Gandy, Oklahoma. There, she soon learns that her mother remains a local mystery – a happy, talented teenager who inexplicably skipped town thirty-five years ago with nothing but the clothes on her back. But the girl they describe bears little resemblance to the damaged woman Mattie knew, and before long it becomes clear that something terrible happened to her mother, and it happened here. The harder Mattie digs for answers, the more obstacles she encounters. Giving up, however, isn’t an option. Uncovering what started her mothers downward spiral might be the only way to stop her own.”

My little Pusheen plush collection 🥰 (my hubby got me all of these even though he hates Pusheen 😂)
Happy Saturday!! The weather is actually good for once for the weekend ☀️😂 I have just started a new book 📚 really looking forward to this one ☺️
Happy Saturday! This is how Kora is spending it 🤣💖
Finally onto a new book! I’m already 60+ pages in 🙈 My reading always seems to start strong at least 😂💪🏻
just before getting married 😘💍
*TW: Suicide*
Advertisements
%d bloggers like this: