I thought I would do a bit of a wish list, the books that are currently on my ‘wanted books’ list. Some of these might be the same as my last one but there’s a few new ones! You can read my previous post here! Let’s get into some of the books I’d like to purchase and read! All blurbs from Goodreads.

Wilde About the Girl by Louise Pentland 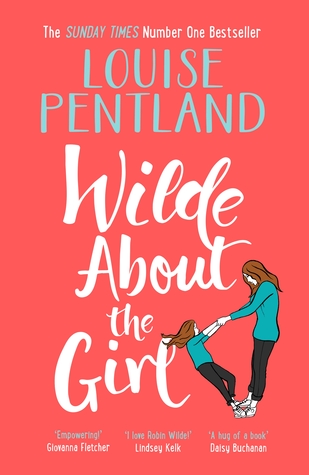 I read Louise’s first book and didn’t mind it – I know of Louise as I have watched her YouTube videos for a few years now!

After the year from hell, she’s pulled herself up and out of the Emptiness, her love life is ticking along nicely, single motherhood is actually quite fun and she is ready for whatever life throws at her. When a thrilling opportunity at work arises, Robin is more than excited to step up and show everyone, including herself, what she’s made of. 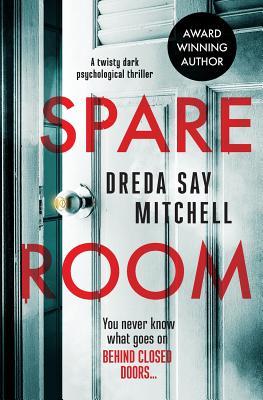 This one just sounds so good and creepy! I love the sound of it, read below:

Home Is Where The Nightmare Is

Lisa, a troubled young woman with a past, can’t believe her luck when she finds a beautiful room to rent in a large house. The live-in owners are a kind and welcoming couple. Everything is fine until she finds a suicide note hidden in her room. But when the couple insist this man didn’t exist and that Lisa is their first tenant, Lisa begins to doubt herself.

Compelled to undercover the secrets of the man who lived in the room before her, Lisa is alarmed when increasingly disturbing incidents start to happen. Someone doesn’t want Lisa to find out the truth.

As the four walls of this house and its secrets begin to close in on Lisa, she descends into a hellish hall of mirrors where she’s not sure what’s real and what’s not as she claws her way towards the truth…

Did this room already claim one victim?
Is it about to take another? 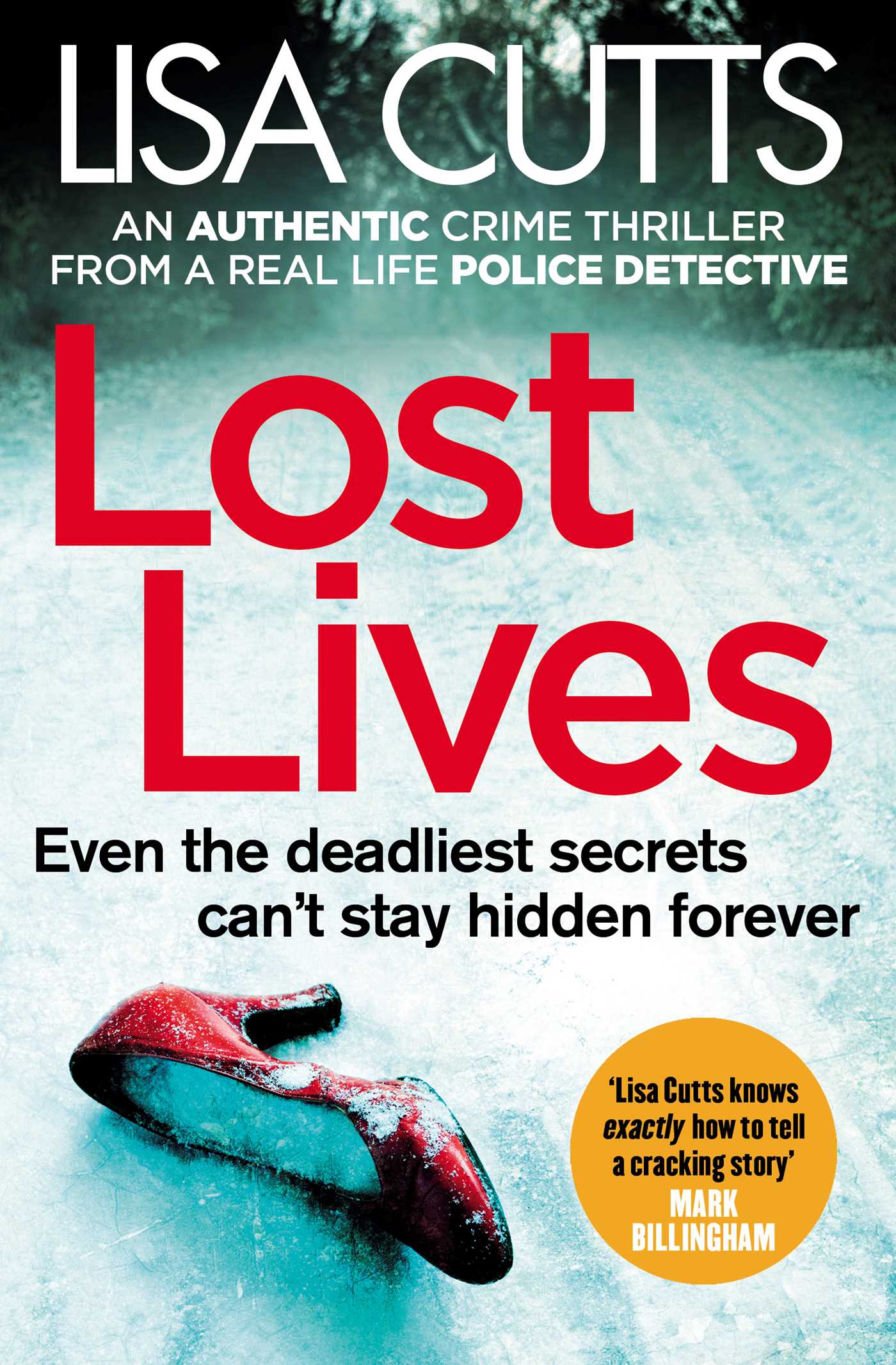 This one sounds like a good old mystery/crime and I can tell I would enjoy reading this from the blurb.

SHE TRUSTED THEM WITH HER LIFE

When Anna arrives in the UK, she believes it’s the start of a better life for her and her daughter. But what awaits her is more shocking than anything she could have ever imagined . . .

SHE TRUSTED THEM WITH HER DAUGHTER

DI Harry Powell is investigating a shooting, but the victim has been scared into silence. As Harry struggles to piece together what little information he has, he stumbles upon an operation that may put countless lives across the country at risk.

As Anna’s situation grows more dangerous by the day, Harry is forced to push his overstretched team to the limits to find answers. But for one of them, will it already be too late?

The Other Side of Lost by Jessi Kirby 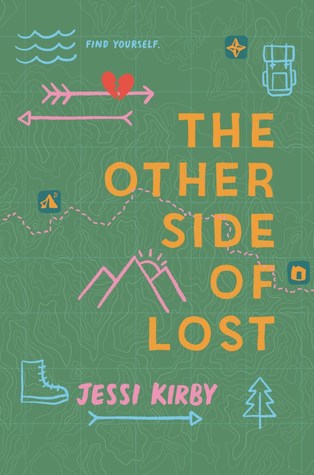 This one sounds a bit different to what I’d usually read, but it sounds super interesting so I’d like to give it a shot!

Girl Online meets Wild in this emotionally charged story of girl who takes to the wilderness to rediscover herself and escape the superficial persona she created on social media.

Mari Turner’s life is perfect. That is, at least to her thousands of followers who have helped her become an internet starlet. But when she breaks down and posts a video confessing she’s been living a lie—that she isn’t the happy, in-love, inspirational online personality she’s been trying so hard to portray—it goes viral and she receives major backlash. To get away from it all, she makes an impulsive decision: to hike the entire John Muir trail. Mari and her late cousin, Bri, were supposed to do it together, to celebrate their shared eighteenth birthday. But that was before Mari got so wrapped up in her online world that she shut anyone out who questioned its worth—like Bri.

With Bri’s boots and trail diary, a heart full of regret, and a group of strangers that she meets along the way, Mari tries to navigate the difficult terrain of the hike. But the true challenge lies within, as she searches for the way back to the girl she fears may be too lost to find: herself.

Tell the Truth by Amanda Brittany 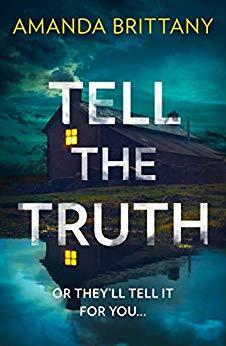 By the title, it sounds like this one would be based around blackmail. The blurb is interesting and I already want to know what the truth is!

TELL THE TRUTH
Or they’ll tell it for you…
Rachel’s childhood is a mess of fragmented memories, and her adult life is no less chaotic.

Her mother and daughter were her only concrete links to the past and now they are slipping through her fingers. Fuelled by the fear of losing them both, she delves into her mother’s past, fast becoming entangled in her own tragic history.

With eerie friend requests filling Rachel’s phone and shocking flashbacks filling her mind, she is plagued by her mother’s past, and soon realises that her entire life might just be a lie.

Will she ever discover the truth?

The Hating Game by Sally Thorn

Ah the good ol ‘being mean to your crush’ that you didn’t realise was a crush until you really thought about it. This one sounds like a good fiction/romance!

Nemesis (n.) 1) An opponent or rival whom a person cannot best or overcome.
2) A person’s undoing
3) Joshua Templeman

Lucy Hutton has always been certain that the nice girl can get the corner office. She’s charming and accommodating and prides herself on being loved by everyone at Bexley & Gamin. Everyone except for coldly efficient, impeccably attired, physically intimidating Joshua Templeman. And the feeling is mutual.

Trapped in a shared office together 40 (OK, 50 or 60) hours a week, they’ve become entrenched in an addictive, ridiculous never-ending game of one-upmanship. There’s the Staring Game. The Mirror Game. The HR Game. Lucy can’t let Joshua beat her at anything—especially when a huge new promotion goes up for the taking.

If Lucy wins this game, she’ll be Joshua’s boss. If she loses, she’ll resign. So why is she suddenly having steamy dreams about Joshua, and dressing for work like she’s got a hot date? After a perfectly innocent elevator ride ends with an earth-shattering kiss, Lucy starts to wonder whether she’s got Joshua Templeman all wrong.

Maybe Lucy Hutton doesn’t hate Joshua Templeman. And maybe, he doesn’t hate her either. Or maybe this is just another game.

This post is getting pretty long so I’m going to stop it here – I definitely have more where these came from, so I will definitely do another one! Thanks for joining me and reading this post!

just before getting married 😘💍
*TW: Suicide*
Happy Easter everyone! 🐣- love, Kora 🐾💕 Anyone have any good plans? ☺️
Happy Saturday 😌 Finally starting a new read! 📚
According to our celebrant, we had the best first kiss as Husband & Wife she has ever seen 😆💋❤️
3-day weekend woohoo 🥳 Here is my new read! My last one took ages to get through as I’ve had vertigo 😫
Advertisements
<span>%d</span> bloggers like this: